Can someone explain to me how this thing is going to orbit around a lagrange point in space? I thought satelites needs a massive object that applies a gravitational force for them to orbit said object.

sorry im still trying to figure out how a earth lap around the sun work.

is earth coming back exactly to point A every 1st of the year ? does everything around earth (gas, space debris) move around the sun with her ? how far from earth the moon needs to be to start doing lap around the sun as well ?
how come we never hit anything on the way cuz thats a huge lap ?

No. Yes. I’m pretty sure the moon would orbit the sun by itself even if the earth wasn’t there. We “hit” stuff all the time while we orbit the sun. Usually little things!

It’s just that when you move into the coordinate frame of some Lagrange points that you get an effective radial potential. I think.

So basically the notion of it orbiting the point is confusing. In a perfect system it would not “orbit” that point but be exactly at that point. Since there are more influences than the two gravitational bodies and even the two bodies are not perfect the lagrange point is not perfectly stable. In its close vicinity the mass (in this case jwst) still wants to gravitate towards that point. That’s why it’s kinda circling around it.

Isn’t it a bit similar to what Bernie said about the moon? The moon basically orbits the sun - but the earth makes its orbit a bit wobbly. But seen from earth, these wobbles seem pretty large and make it look like the moon is orbiting earth - which it is in the reference frame of earth.
So similarly, the James Webb is orbiting L2.

Also, Bernie, you even said that to me - that the potential around L2 is not stable but meta-stable. Kind of like 3d saddle, stable in 2 directions but unstable in the third? Which is actually good since we don’t want James Webb to ever fall behind L2, but rather continuously be pushed away from it (which is corrected with thrusters). 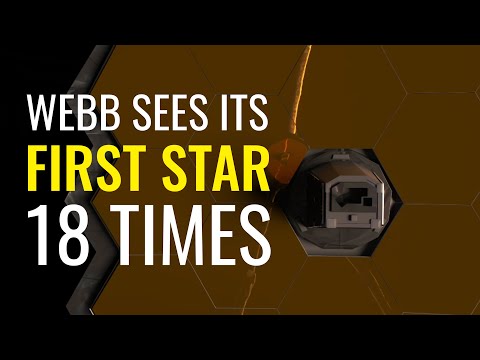 In short, the telescope uses earths gravity to orbit the point in space.