Okay, So doesn’t it stink when you’re playing against a good team that just dumps the ball to their half anytime they are threatened with a steal or in a harry position? With the flick of a wrist the ball pitters away to be collected by the back 3rd position ( dangle as I like to call it) rinse and repeat until they finally decide to shoot. Now this might be smart polo, but it’s not fun, and to be honest it’s op. I have a rule suggestion. I call it onsides.

Imagine a new line halfway between half court and the crease, it could potentially be half court too, where if the ball crosses under the power of the team in possession it’s a turn over. This would put a handicap on just dumping the ball for a hard reset, and force teams to consider the value of keeping someone planted in goal. It’s fairly easy to ref too.

but you will still be pissed if people reset to that new line anyway to save possession right ?
how about a time to make your play like most other team sports ?

No, I’d be happy that they would have to think about where to pass, and how hard to avoid a turnover, if their teammates are good and catch it right on the line I’d be impressed. I like the idea of a shot clock, but It’s just not practical for polo right now, logistically complicated in a sport with a lot going on reefing wise.

Maybe I only see crap teams play, but I really don’t see this happen so often? Maybe I should do this more?

I don’t see a problem here

There has been a time when there were tons of resets, these times have mostly passed as far as I can witness. Very often your reset will be chased. If you do not do it right it can be a risk. Also regrouping for a new attack results in better attacks, better shots, passes, and setups. Why force teams to take shots that have no chance of scoring a goal? The best and most exciting style of play for spectators are well constructed offensive plays and not “kick and rush”.

i see a problem with a team holding the ball for too long, wether it is a hard reset or a struggle in a board, when the games are designed to be 12 min with no stopages of times

depending on how the ref will handle in between goal scored protocol you might loose 20 sec by making sure “every one is ready?” ( this issue is adressed by the nah proposal of 15sec countdown which i would bring to 10sec personally)
which means if there is 6 goals scored (3-3) you loose up to 2 min actual game play. so games are even shorter than what they already are.

there is two type of defense , are you being led by score or are you leading ? if someone is leading you 1-0 after a very hard earned goal then the leading team might play very safely.
its harder to push a team leading you 3 up since you already 1 goal led. its easier to choke a team 3 up if you have the lead.

the game can be re think to the ground with the addition of timed play, you might increase the crease size , you might disallow hooking mallets to balance . time clock will force players to be more effective in their play style and find solution collectively to bring their team to a scoring opportunity .

one last factor is court size , ruleset stipulate something around 35 meters x 20 meters but if you end up playing shorter courts (30x 18 for a basket ball court / tennis court) , a third line for reset doesnt make sense since its the only way to spread open the defense widely enough.

the bigger the court , the more effective passes are. small courts will end up in a lot of hard shots taken half line since 1/ rebounds are dangerous if you play 2 up and left open after a pass 2/ hard rebounds are in your favor if the ball goes out of court

@andy_h I’d recommend watching the last 4 games of ECO in Seattle, there was a fair amount of it. If you want to tire the other team and bait a 2v1 before goal it’s pretty effective.

@Johanna It’s a problem because it’s too easy, the “solution” is to just chase the ball, but it’s just a bad idea to chase the ball deep, because you’re not going to be able to be faster than it or closer to it than the 3rd back.

@django What I’m saying is that to do a chase right, takes a lot of energy, and it’s still a gamble, one that the team resetting will almost always win. I’m not against resets I’m against hard resets that get collected way deep, sometimes behind goal. Maybe make the onsides line the goal line?

im discussing time possession here because its solving your issue. im against the third line rule because courts are shorts , and your idea is to nerf safe drop from an offensive team , but a lot of safe drops are also used by a pusher right after stealing the ball…

people will safe the ball in other ways anyway , your issue is the reset of an action , not the length of the court

ive seen mini drops in between two players being recycled until the pusher gives up or forcing a second player to push.

once you lead keeping the ball is a good option

I once played a game in which both teams reset after every action. It was kind of a stop and go (slow and fast at the same time) and quite mind f*cking but pretty smart. I loved it a lot.

Having more space for action means more opportunities for different styles of polo which makes it more interesting (at least for me).

It feels like your suggestion would end up in a tripple goalie defense.

Edit: could you provide a link of ECO seattle?

I hope this link works:

What you see is the 3rd place game and the final of European champs 2018. This was the first season in which the current euro ruleset was played. These two games show the style that has emerged over the past years in Europe. It’s basically a very active, full throttle style. There are barely any resets, they do not slow down the game at all and they are chased hard, always.

I played in Cordoba and was surprised playing against the best of the best US teams who would in principle only defend hard starting from their middle line. Sometimes some lone chaser would follow you to your own goal on a reset, but mostly to watch you, not to really pressure on the ball hard.

If you watch those 2 games you will see players who dominated the last 3-4 world championships in the 3rd place game, in the final you see perhaps the best game I remember seeing in my career, composed of players who did not even travel to the last 3 whbpc, even though they would have crushed it. You see 6 mad maniacs who allow each other 0mm on the entire surface of the court 100% of the time.

So when I talk about that I do not see a problem, I have things like this in mind. If your local scene does not have this kind of play style, perhaps that’s the real problem. It’s certainly not the rules and it’s certainly not that “sit and wait” remains a winning strategy against the most able teams in the world.

could you provide a link of ECO seattle?

I second that! Couldn’t find it.

Here is another example (I just watched the first 5 minutes, honestly). I just wanted to check if my impression was right and it totally is: 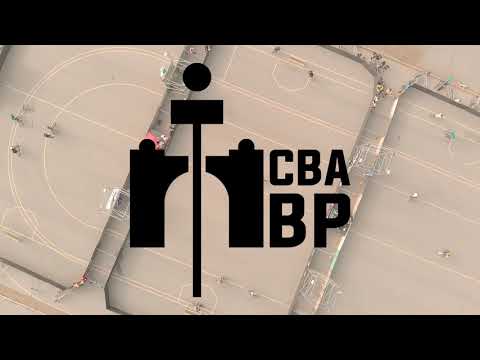 You see a strong contrast in defensive behavior between what Dodi and Emmet are doing (full court press) and what Bob Ross are doing (defense only in their half). After each turnover Bob Ross retreat to their half (they basically give up the ball) while Mongrels would immediately pressure, often with 2 players all the way to the other side of the court and it totally pays off for them.

So yeah, resets are going to be quite effective, slow and boring if nobody cares about chasing them. This is however not the style of the teams who dominate this game in recent years, as far as I can observe. Successful polo happens on the entire court, offense and defense. I haven’t watched more videos but you may find more examples watching other whbpc19 videos of Mongrels and other top euro teams (Prendi La Mira and Los Lapinos), especially when they face each other.

thx for the link

now i can see which “problem” ist adressed here… and it is actually as I thought it would be-pretty static defense from bob ross. There is a lot of space given to mongrels in their half
I totally agree with Django’s points - that this is not an issue of the offense but the defense.

I hope I didn’t just give away a secret…

You mean the video or the playing style? 🥲

You mean the video or the playing style? 🥲

Why only European teams played in the WHBPC finals 3 times in a row.

@django @Johanna Here is the final single elim for ECO, sorry it’s all just one big video so you’ll have to skip to game around 3:20 with Top 8 games - YouTube also the quality is not good

I watched videos you posted and you are correct that a answer to the “hard reset” is just to put more pressure on the ball, but the fact that the ball will always be faster remains. It’s especially prohibitive to chase when you consider the reset being collected behind goal, and the longer game times of squad format making stamina more of a precious resource. Maybe it will take seeing how effective it can be when used by a top tier team on the world stage before it warrants a rule change. The mechanics of the tactic are sound for all levels, mitigated by the amount of pressure by the defensive team, but just because it’s not as effective against the best players in the world doesn’t mean it’s a non-issue.